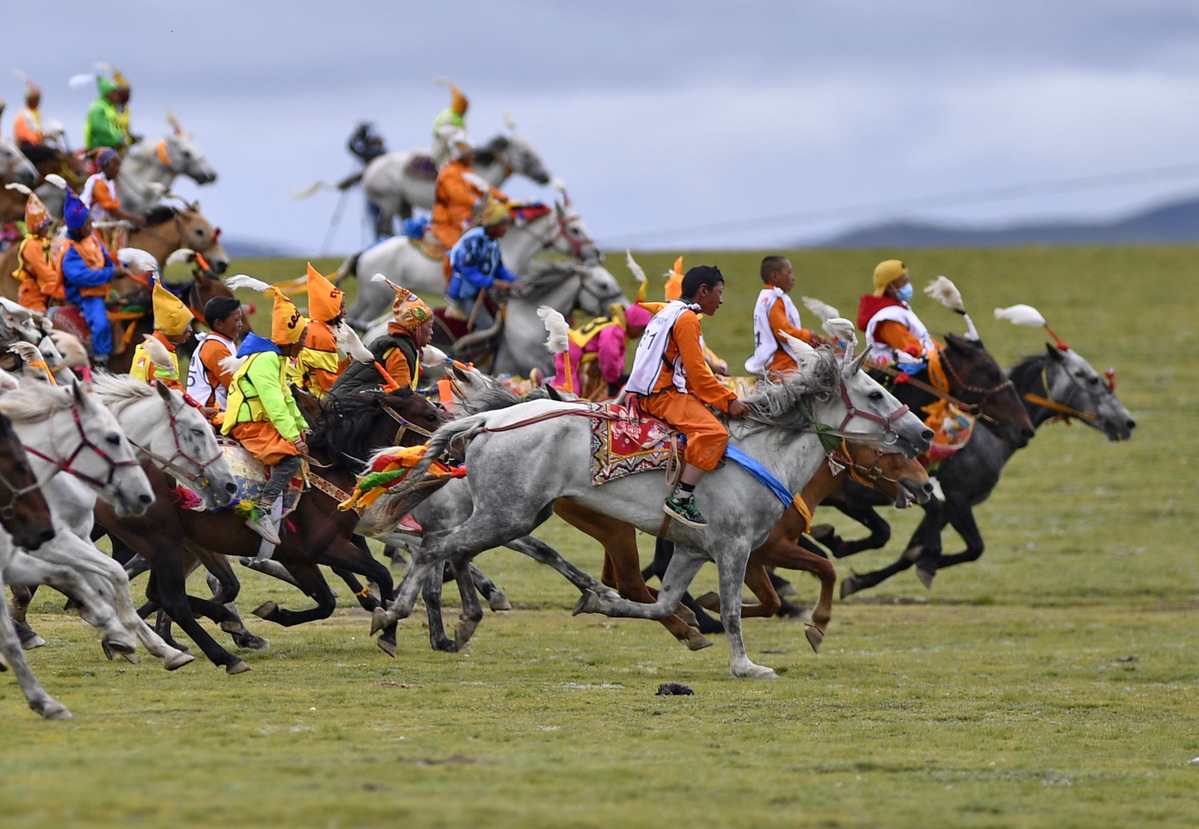 More than 180 people from all walks of life gathered to celebrate the 55th anniversary of the founding of the Tibet autonomous region in the region's capital on Friday.

During the gathering, six representatives of different walks of life in society delivered lectures and expressed their love for the Communist Party of China and the socialism system.

Nyima Dondrub, 60, Party secretary of Chamgug village in Gerze county's Oma township in the region's Ngari prefecture, expressed gratitude for the official founding of the region in 1965 and the opportunity to become a Party secretary.

Nyima Dondrub's parents were serfs, the lowest class under the old social system. They led a miserable life that did not include basic human rights.

"I feel lucky that I live under the leadership of the Communist Party of China, and I feel happy with my life," he said.

Dramatic changes raised living standards in his village over the past five decades. The region's GDP has soared from 174 million yuan in 1959 to more than 160 billion yuan ($23.4 billion) last year, with annual disposable income per capita reaching 19,501 yuan.